How Can Meme Marketing Help Give Your Social Media a Humorous Boost?

When it comes to developing a marketing strategy, everyone is looking for ways to stand out from the crowd and engage with their prospects and clients. While there are several strategies to do this, one of the most effective is the use of humor, and meme marketing is a fun, low-effort way to engage with your audience, as memes are highly shareable.

But before we dig into using memes as part of your social media posts, we first should explore how humor, in itself, is an effective content marketing strategy.

What are some of the most memorable advertisements you’ve ever seen?

Chances are the ones that come to mind have some sort of humorous element. Below are a few examples over the last decade:

Each of these ads is humorous for different reasons and each resonates with different target audiences. Not everyone will remember The Golden Girls but Betty White is a comedian that spans all generations. The Snickers commercial aired during Super Bowl which also tends to attract a wider audience than any other given Sunday game.

The Dollar Shave Club humor was geared more toward millennials and Gen Y who tend to be immune to most traditional marketing and sales pitches and would be attracted to the appearance of a low-budget, homegrown ad that pushes the boundaries on what is appropriate and what isn’t.

While the two above may be more targeted toward male consumers, Amazon’s choice of Micahel B. Jordan as the dreamy ‘vessel’ for Alexa targets women but does so in an empowering way, given her command of technology. The ethnically and racially diverse group of actors also helped Amazon connect with a different demographic than the others.

The catch is that not everyone has the same sense of humor and there are definitely certain types of comedy to avoid altogether. The other catch is that not all advertisers have a Super Bowl budget as part of their marketing plan.

Social media, to some extent, has become a great equalizer, and a good meme can help cut through the clutter to help generate brand awareness.

If you haven’t heard the term “meme”, it’s pronounced “meem” and was introduced in 1976 by British evolutionary biologist Richard Dawkins. Internet memes spread from person to person through imitation, typically by e-mail, social media, and various types of websites. They often take the form of pictures, videos, or other media containing cultural information that, rather than mutating randomly, have been deliberately altered by individuals.

Let’s look at a few examples of popular memes.

First up, the infamous grumpy cat. Let’s say you own a local boutique coffee shop. Now let’s say you found out that your competition doesn’t open up until 30 minutes after you. A simple yet successful meme like the one below could help you convey that your shop can get early risers well on their way to a productive day even faster. Add your logo and now you have a brand meme that differentiates your coffee shop that much more. 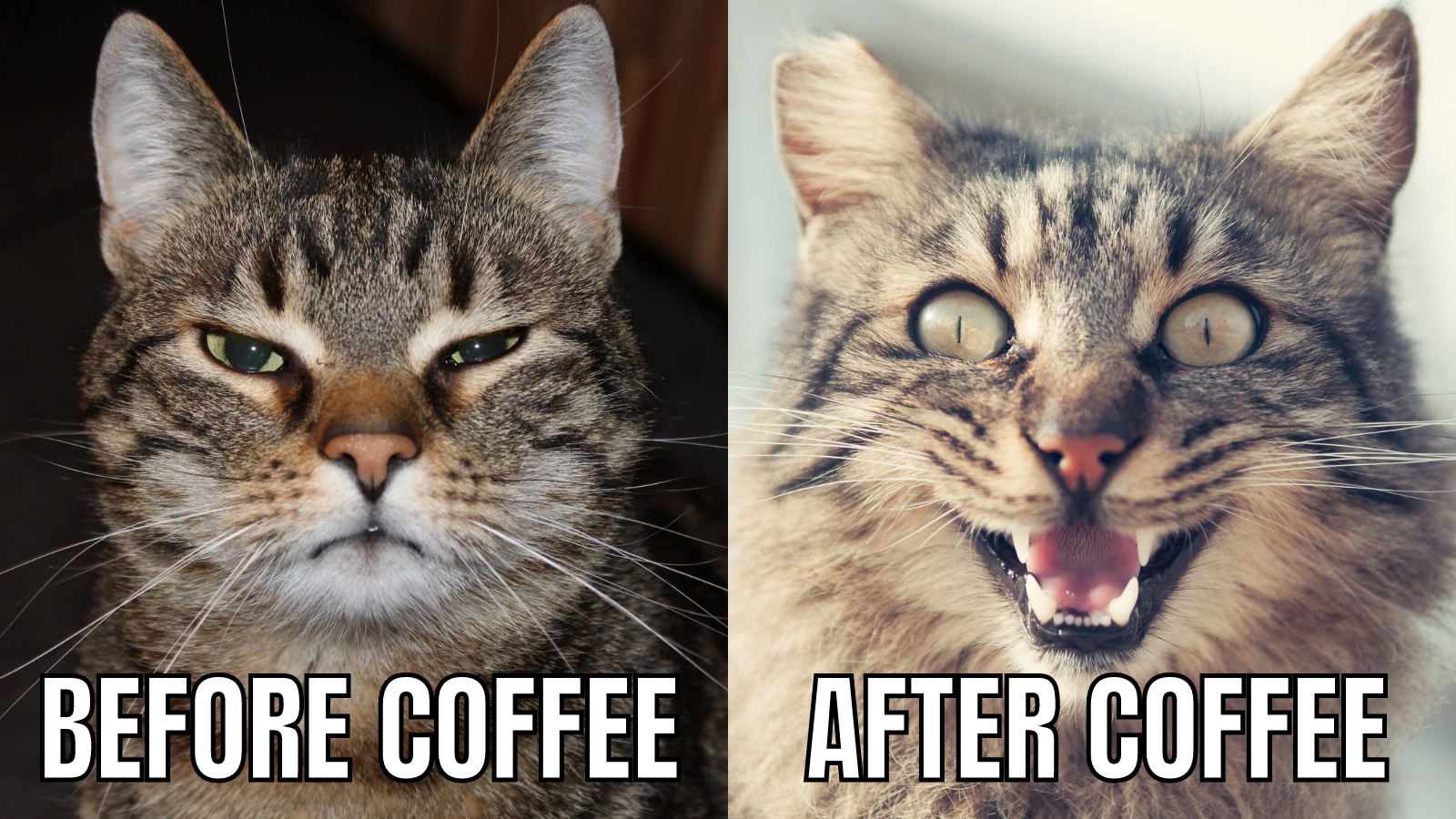 For those of you who aren’t a cat person, below is another example titled, “expanding brain”. In 2017, when a number of posters on Tumblr and 4chan started bragging about their brain sizes, it quickly turned into a meme. Photos of different-sized brains are paired with “smart” sounding words until they expand into a fully enlightened stage. One of the first manifestations of the “expanding brain” meme came from the who-whom-whomst progression of words that seemingly makes one sound smarter. Here’s a fun translation of this meme for you contractors or DIYers out there: 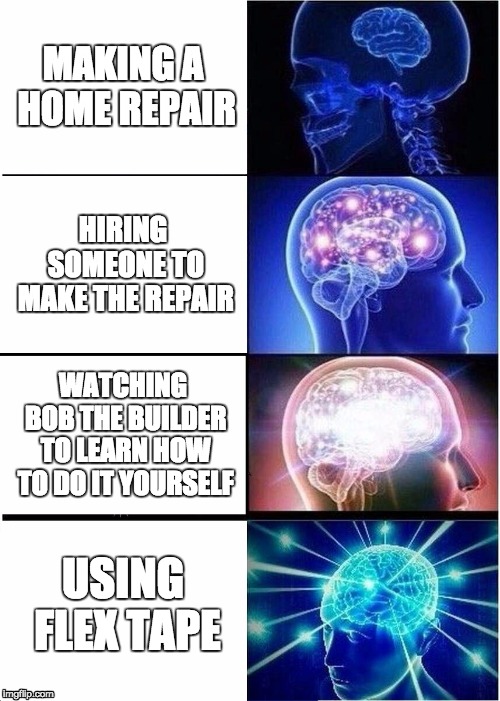 And after two years of attending Zoom meetings, no matter what industry we represent, we all run the risk of this fashion faux pas: 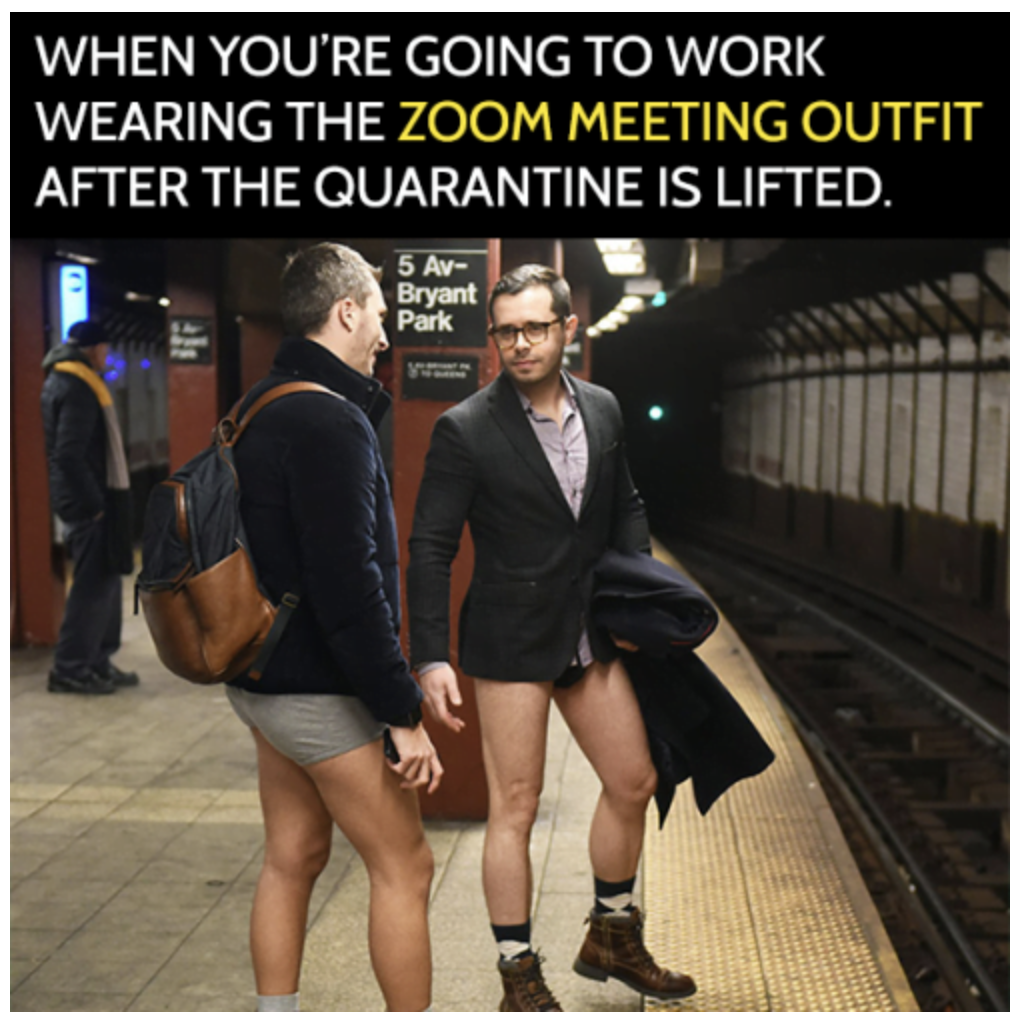 Where to Find or Create Memes

Below are a few meme resources that’ll bring a spark of life to your marketing campaigns:

You can also create custom memes with tools such as:

No matter which route you choose, the truly successful memes spread like wildfire. That’s exactly why marketers want to leverage these already viral pieces of creativity for their own marketing.

Another benefit to meme marketing is that it is relatively low effort. Furthermore, memes help bring communities together. Not only are users tempted to like and comment on them, but they also are inspired to share memes.

Ready to add memes to your marketing mix but not sure how?

Contact us and we’ll help you find your sense of humor. Or we’ll just tap into ours on your behalf. 🙂 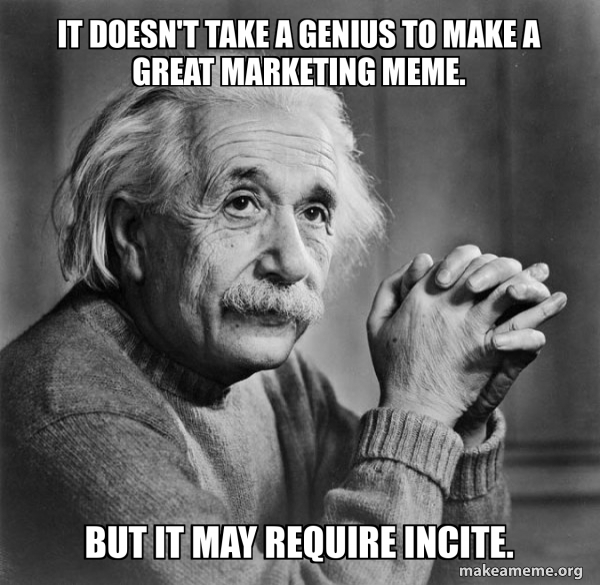 About Incite Creative, Inc.: Incite Creative is a marketing advisory firm that works in an outsourced capacity. In short, we become your company’s chief marketing officer (CMO) and do so virtually and efficiently — saving you time and money. Since 1999 we’ve had the pleasure of building and boosting brands for a core set of industries. Our thoughtful process, experienced team, and vested interest in our client’s success have positioned us as one of the Mid-Atlantic’s most sought-after marketing partners for those looking to grow their brand awareness and bottom line. Stop paying for digital and traditional services you may not need. Our retainer, no mark-up model means our recommendations don’t come with any catch or commission. The advice we provide aligns with what you need and what fits within your budget. For more information, contact us at 410-366-9479 or info@incitecmo.com.